We humans have a creepy tendency chop things into little bits in order to understand them. We’re uncommonly proud of the knowledge we’ve gained from this scientific method of “chop it up and poke at the remains”, seemingly ignoring the fact that systems don’t necessarily function the same if you tear them into pieces. This has been particularly troubling in the field of nutritional science.

Nutrients Out of Context: Harmful in Isolation?

We increasingly are encountering issues due to the reductionist technique of separating the parts from the whole. The belief that we can somehow reduce a system to the sum of its parts- ignoring the complexity and interconnectedness of said system is troubling.

Much of the study of nutritional science is based on this separationist thinking. Studies will be done on particular foods within populations and (more often than they’d like to admit) those conducting the studies will attribute the positive or negative results not to the entire context of the food (the population’s activity level, when they eat, what else they eat in combination with the food, how it was processed and stored, etc), but to only one of it’s constituent parts- say, Vitamin A or a particular anti-oxidant that is currently all the rage. (For more information read Michael Pollan’s excellent book: In Defense of Food).

If truth be told, these reductionist techniques yield very mixed results- and even the things that we thought that we 100% we sure of are constantly being called into question. One year (or decade) we are assured unequivocally that fat is the enemy, then all of the sudden Carbs take the stage as the nutritional villain- And surprise! Fats, which we were supposed to avoid at all costs aren’t really that bad- they don’t contribute to cancer at all and their link to heart disease is tenuous at best. In fact, some of them are absolutely essential for important little things like silky hair, good skin and oh yeah, brain development and mental health. And remember those other supposedly ‘healthy’ scientifically man-made trans fats (in margarine and other processed ‘food-like’ substances) that they urged us to replace the traditional dietary fats with – those actually do cause cancer. Oops. 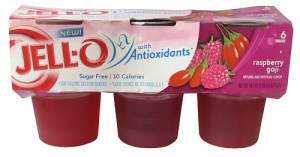 Of course, this all works out for the food processing companies, as they just follow along with the latest food science fad. Fats are bad? No worries- we’ll just take it out and add more carbs. Is vitamin E the Hero of the day? No problem- we’ll just fortify with it!!! Zinc? Folic Acid? Antioxidants? We’ve got it covered! But do we ever stop to think that maybe we don’t have it all covered? That by reducing our foods down to their constituent nutrients and injecting them into processed products willy-nilly that we might be missing out on something essential? That perhaps the constituent parts created by Mother Nature are not as interchangeable as gears in a machine?

The problem that rears it’s ugly head is that many of the essential nutrients that we have identified (and there are many more that we have no idea of yet) do not function all by their lonesome in a vacuum. Instead they are part and parcel of a system of interacting, interlocking parts.

We humans evolved as part of that system as well- a context of foods, activities, of life and death and evolution – an entire complex ecosystem designed by Evolution. By breaking our foods apart, purifying individual nutients and injecting them into a neat scientific pill form or fortifying our breakfast cereals, we are loosing the synergy of that system- the very substances that are a boon when taken in context of a whole food can become a poison to our systems when taken separately. An example? Beta carotene- believed to be a helpful cancer preventative when ingested in the form of a whole food such as a carrot, has been shown to actually promote certain kinds of cancer when taken as a supplement in pill form. Divorced from its context the nutrient becomes something other than what it was as part of its system.

Reduced to a simple recipe of parts, we are again and again surprised when these parts do not add up to make a whole. Something is always missing, but we don’t yet have the knowledge to know what it is. Reductionist thinking is a useful tool with which to examine our world- but falling into the trap of thinking that it will provide us with all the answers is pure folly. The complex systems that have evolved in nature over time, cannot (at least right now) be broken down into separate parts and dissected without loosing the synergy that results from their interaction.